We know people like to ask how it all started. So here it goes.

In September 2011, Simina Diaconu was working part-time as a communications coordinator at Enovate, a talent management start-up, in a recently founded creative hub, which later became known as Impact Hub Bucharest. Surrounded by entrepreneurs who were full of courage and energy, she caught one of her colleagues’ attention. He asked her what it was that she liked to do with all of her free time. Well, wasting it online, reading, and writing. Why don’t you start a magazine? Well, there were enough magazines in Romania, she thought.

But she started thinking. If she were to launch a magazine, what kind of magazine would it be? She came up with the idea of a short stories magazine, thinking it matched her interests (Cortazar was her superstar) and also the times, since people didn’t seem to enjoy long reads anymore. As she was going every night to concerts at Enescu Festival, courtesy of her mother, with that symphonic backing she began putting the pieces of the puzzle together.

She later talked to her boyfriend, Traian Stanciu, and he liked the idea. She made a PowerPoint presentation to better organize what needed to be done in order for the fiction magazine to appear: branding (concept and all things to support it), sections, format, number of copies, frequency, contributors, design, website, social networks presence, promotion, budget, potential financing options, HR, legal entity and an implementation calendar. And this is how the dream got an action plan!

She contacted emerging writers she knew and she received the help of her boyfriend’s advertising agency, Teaser, for brand ID, magazine layout and all things graphic. The tagline of the magazine was `more imagination, less information` and we addressed readers of all ages, but they had to be young at heart to appreciate our playful approach. Snobs and pedants were not our target.

Revista de Povestiri was on its way to reality! And Motanov was too. He was going to be a purple cat living inside the magazine, writing the opening short story, making friends online and dealing with fiction stories received from readers. Simina wanted him to be a somewhat military presence, but following her boyfriend’s feedback, she softened him up a bit. Just a bit. This is what her brief for the agency sounded like:

`Motanov is a purple cat (dark purple) who is going to live inside Revista de Povestiri.

He is a character, he’s got a personality, obsessions, he is not a decorative animal. He doesn’t lie down like a normal cat, he stands on two feet like humans.

He’s got a bowtie and he’s proud, he has the self-assurance of a professor. He’s unpredictable; he likes to shock you doing something silly. His illustrations in the magazine will be in this style – silly actions with a very serious face.`

And this is what the first sketches by Corina Roșca looked like:

In January 2012, Motanov took on his job as an imagination trainer on Facebook. In February, Simina, Traian, and their friend, Constantin Nimigean, who wanted to get his online photo magazine, Love Issue, in print, founded Brain Fitness Association, an NGO based in Bucharest.

On the 14th of March, we launched the first issue of Revista de Povestiri at Clubul Țăranului. More than 250 people attended the launch, we know because we gave them stickers!, mostly thanks to Motanov’s teaser campaign on Facebook. This inaugurated a series of highly creative and playful events, one every month, celebrating the current issue. 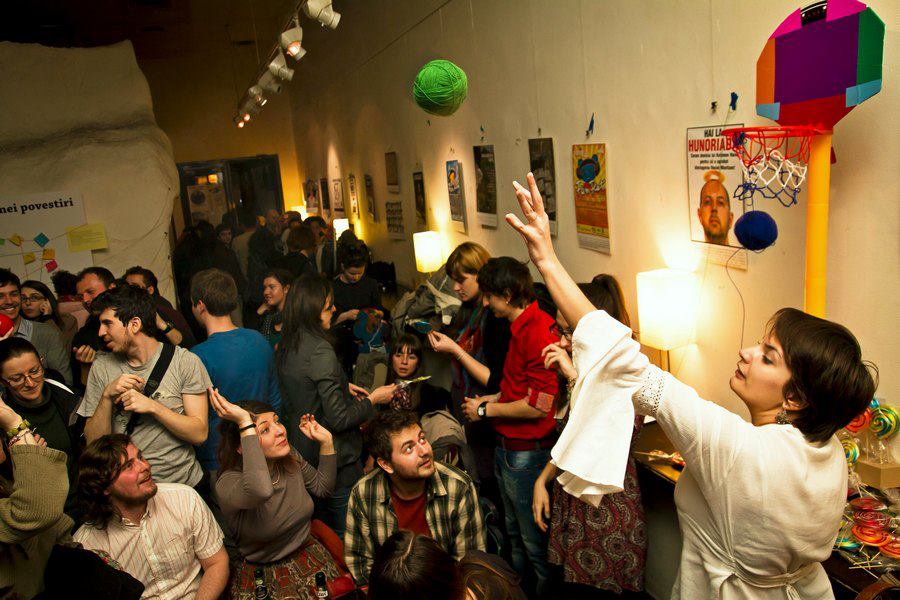 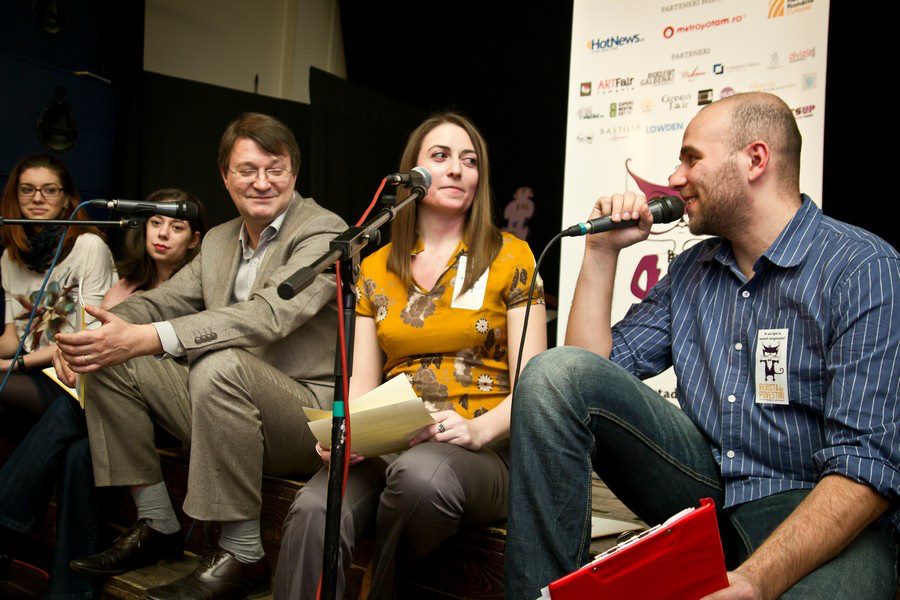 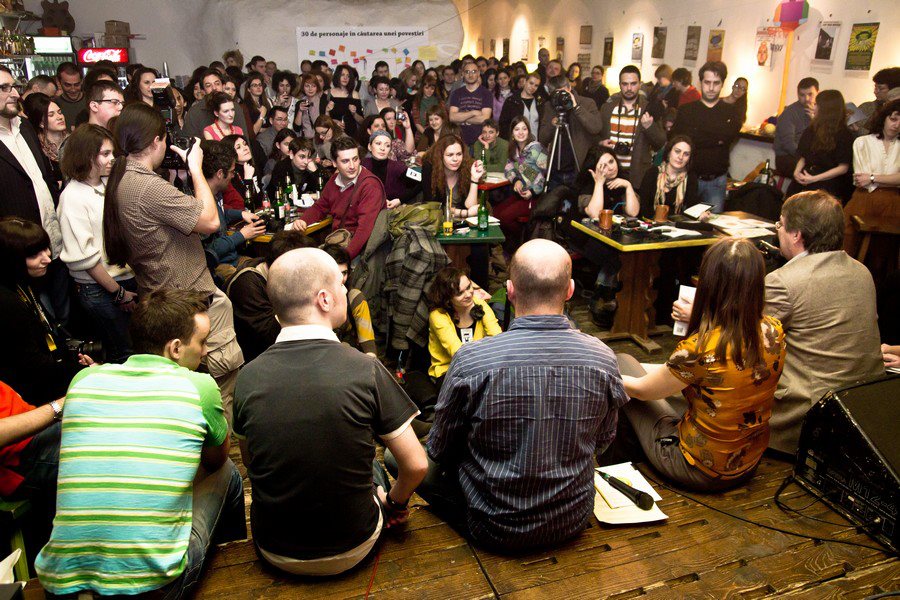 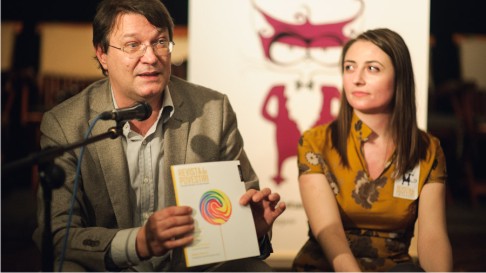 The magazine sold for a bit more than 2 euros and you could find it in major bookshop chains in big cities of Romania and in digital format on our webstore. The first issue was published with Traian’s money (you know the friends, family and other fools financing model)and later an art jewelry store, Zehava, helped with a quarter of the funds needed in the next 4 months. Simina’s savings and sales hardly covered the month-to-month printing costs, but we also got support from brands like Orange (print media buyer), Zuzu (online activations buyer) and FruFru (magazines buyer & playful friend – they made a special purple desert with Motanov on the package for one of our events). Looking back, it’s hard to say how we managed to publish the magazine for a year and a half. 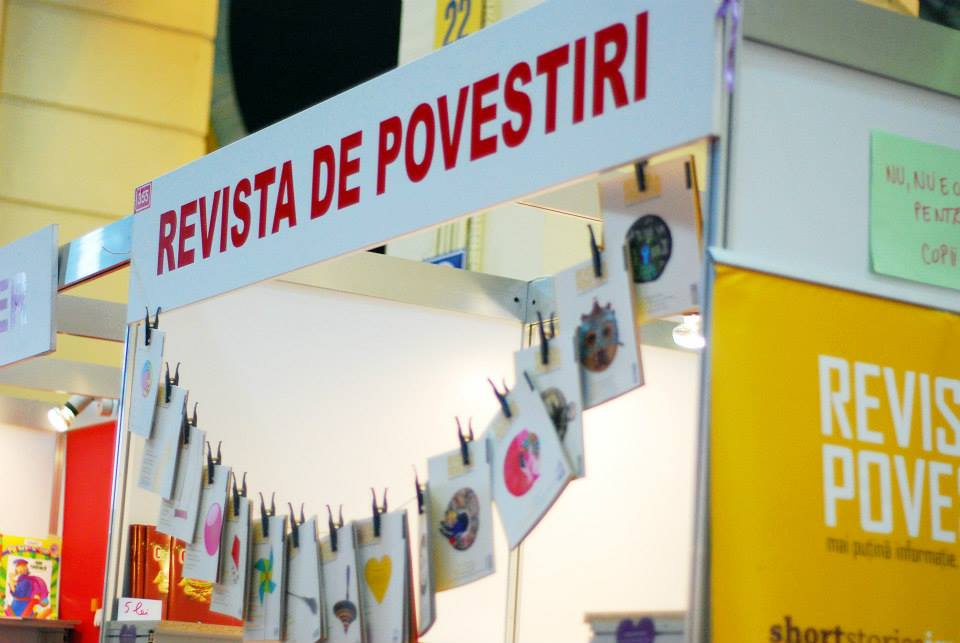 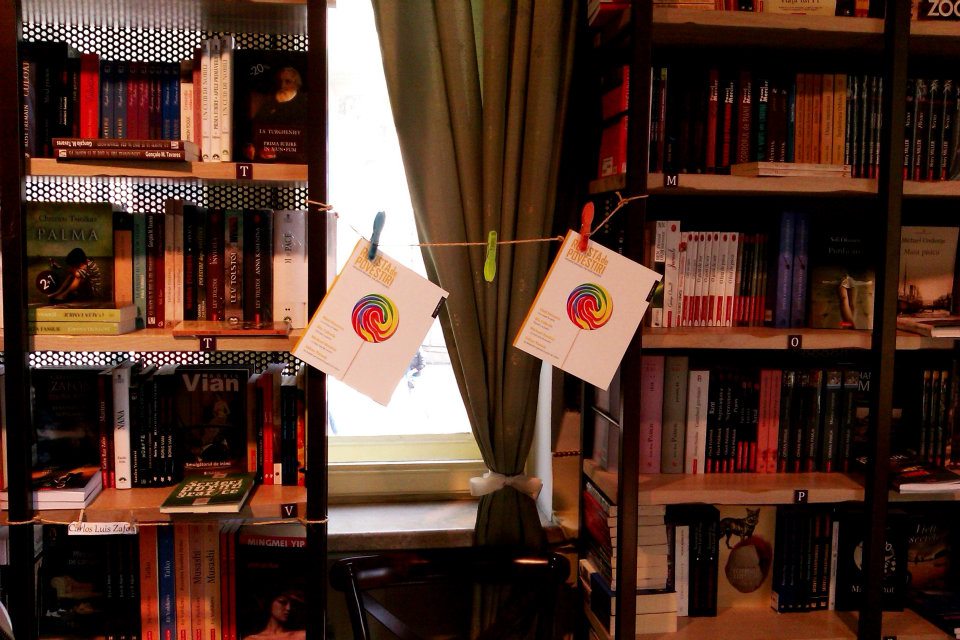 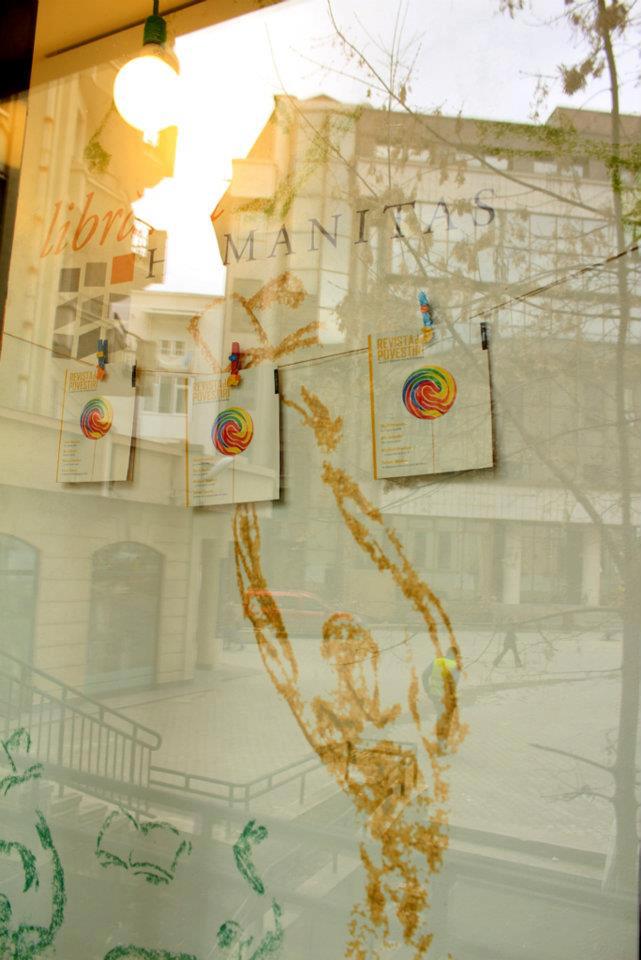 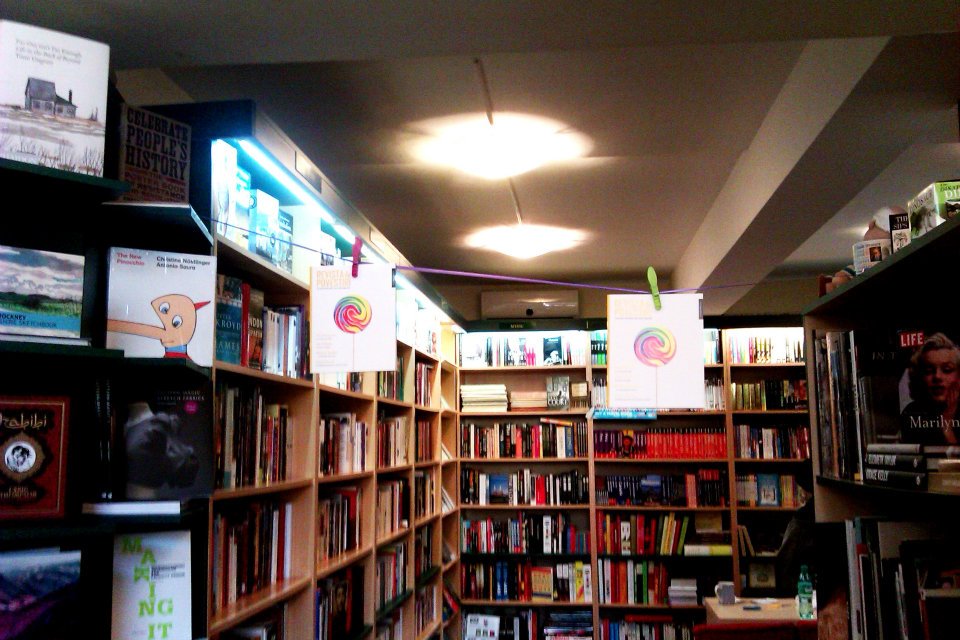 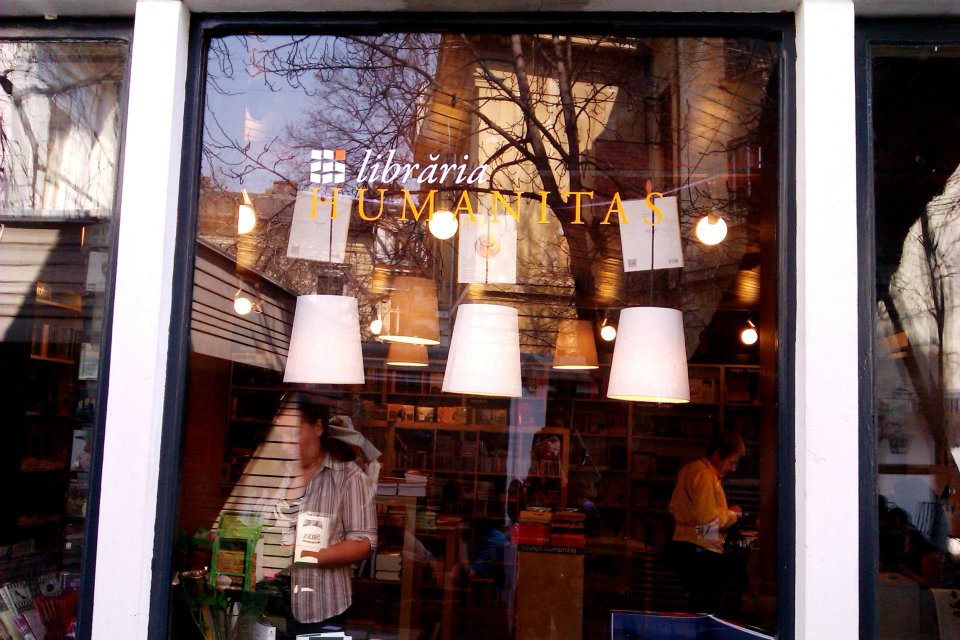 At the launch in March 2012, we invited writer Florin Iaru as a speaker, who later became a trainer in our first creative writing workshop, together with writer and literary critic Marius Chivu, in September 2012. The income from the workshop also went to printing the magazine. 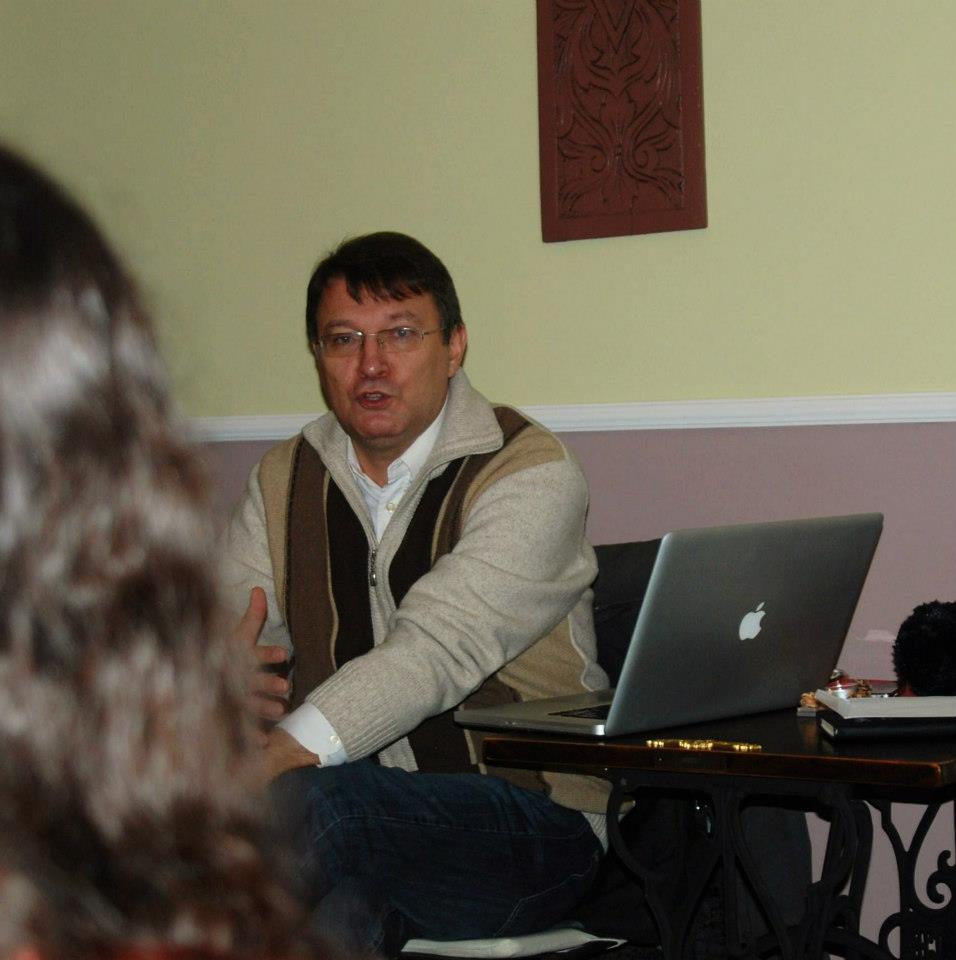 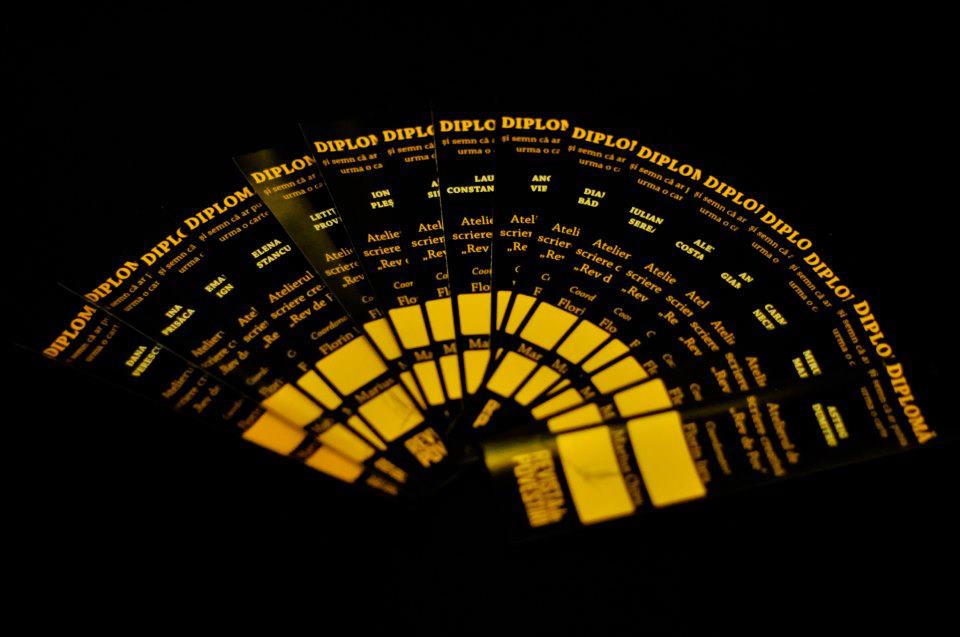 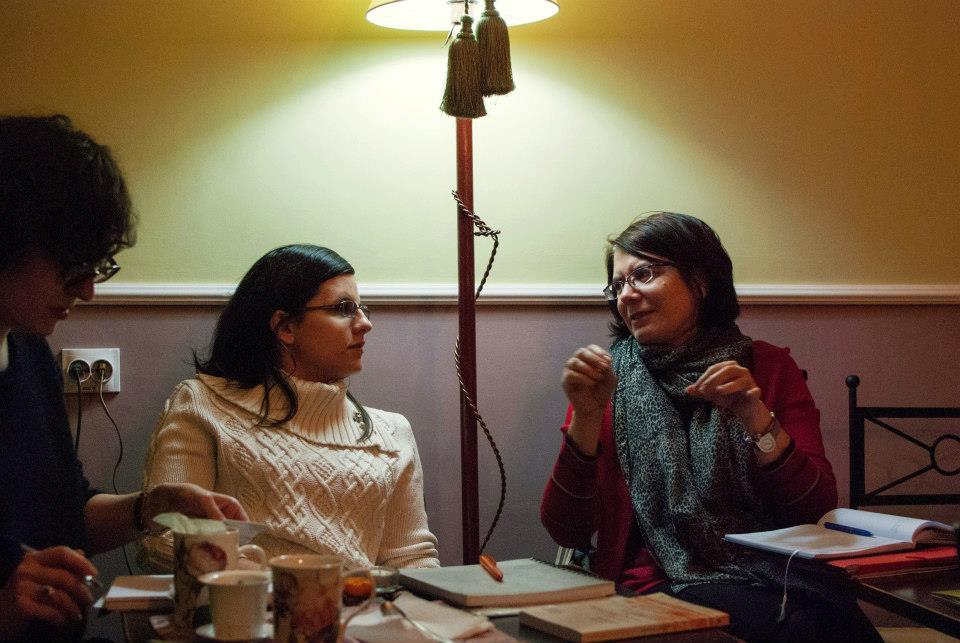 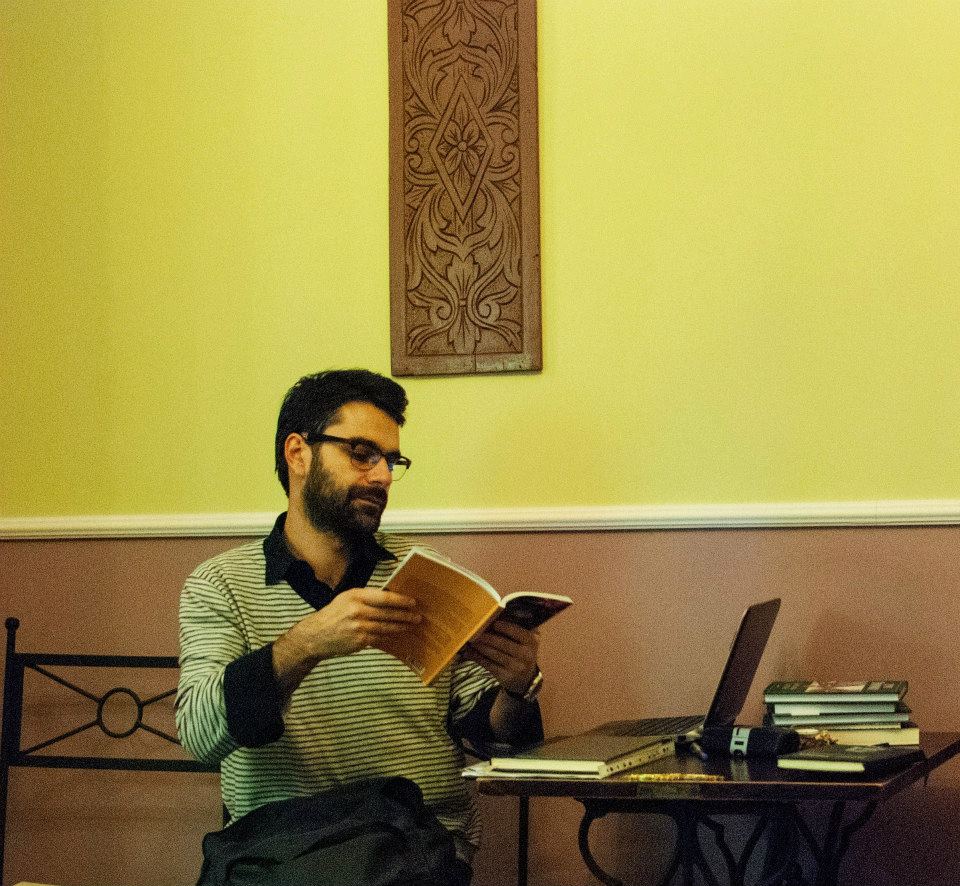 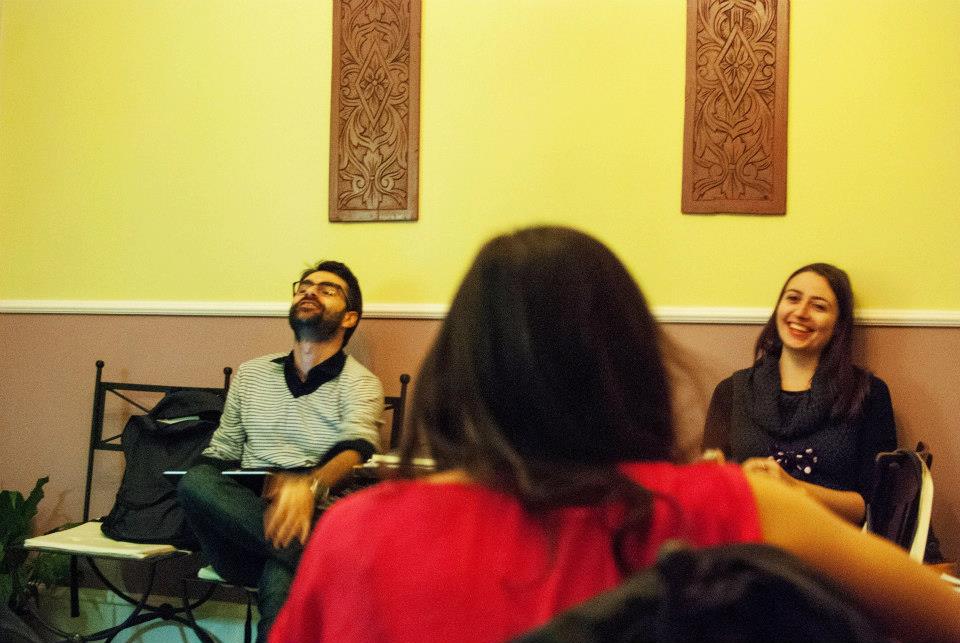 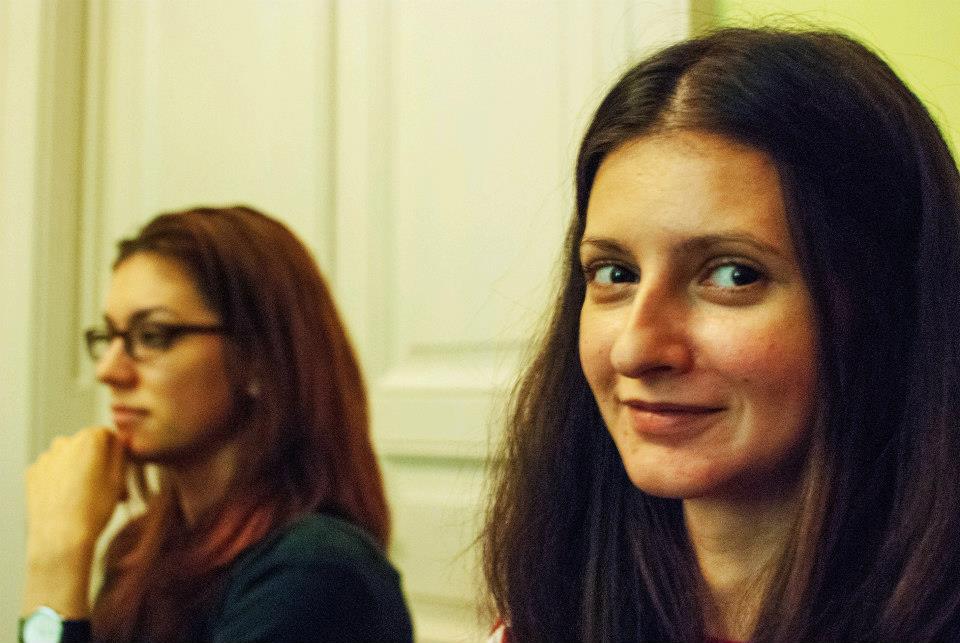 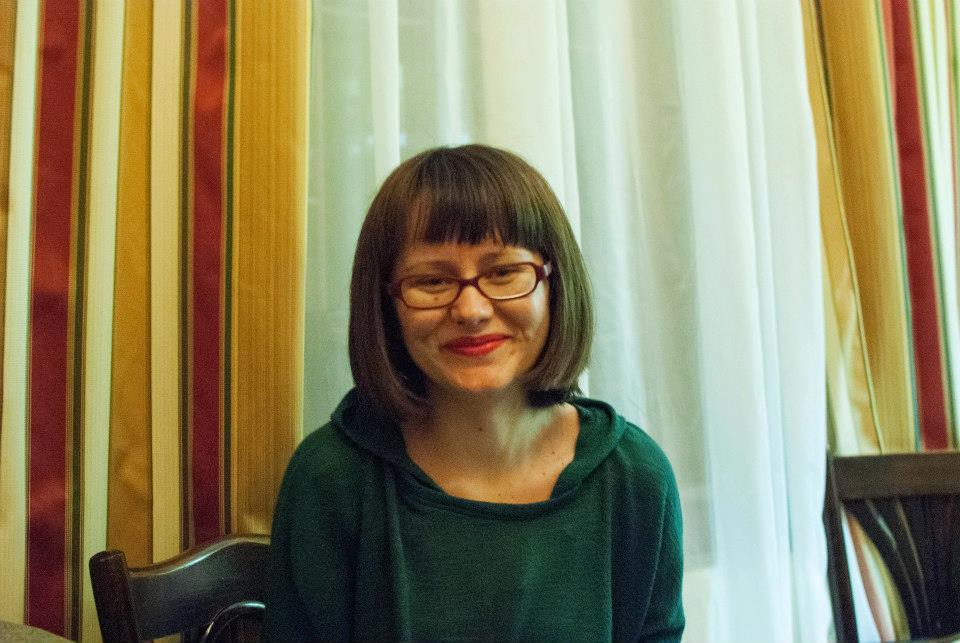 For a year, the workshops and the editing of the magazine were parallel activities. We had 15 issues and 2 workshops until July 2013, the moment we stopped publishing the magazine, because of fatigue and financial issues. We issued the last number one year later, following a short stories contest we had.

We stopped publishing the magazine and shifted our efforts towards education – creative workshops. We started with creative writing, then we added scriptwriting, communication, argumentation, calligraphy, documentary photography, and we also diversified creative writing – we now have an online workshop on Google Hangouts so people outside Bucharest can join in, we have an experimental workshop at the seaside, at Vama Veche, we have a science fiction and fantasy workshop and a poetry one. Recently, in September 2015, we separated the courses from the website of the magazine, where they used to be presented, and got them a new home under a new name, which reminds people of their origin: Club Revdepov. What’s special about these workshops is the feedback from engaged trainers on the works of the participants. People come and get better at what they love doing, make friends, get inspired. 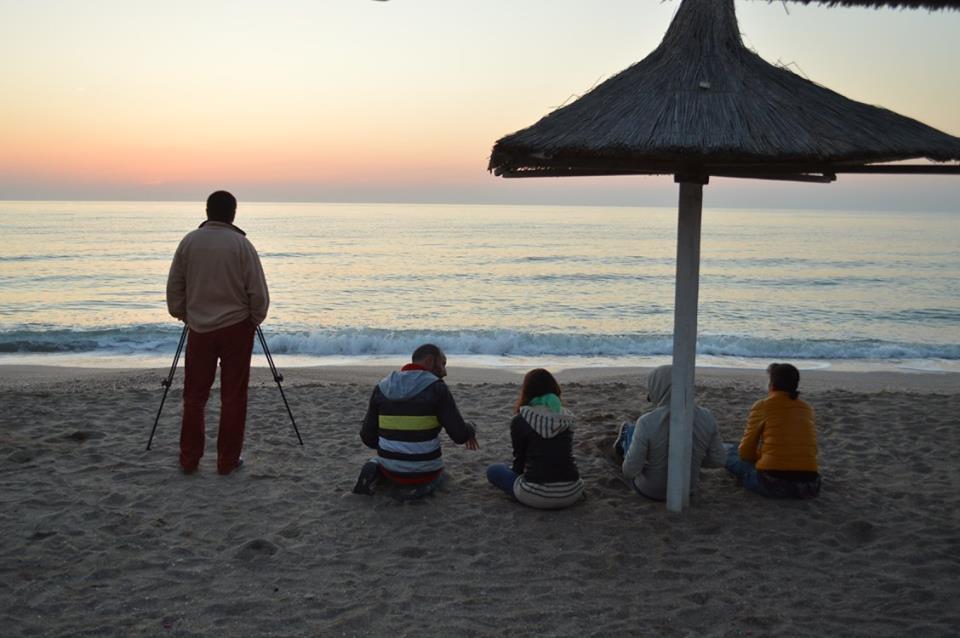 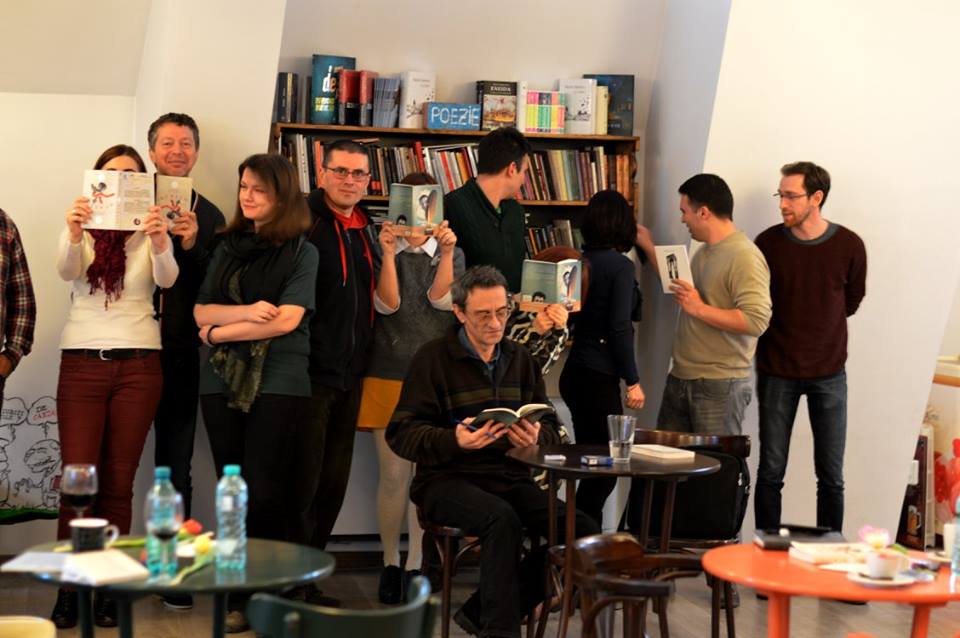 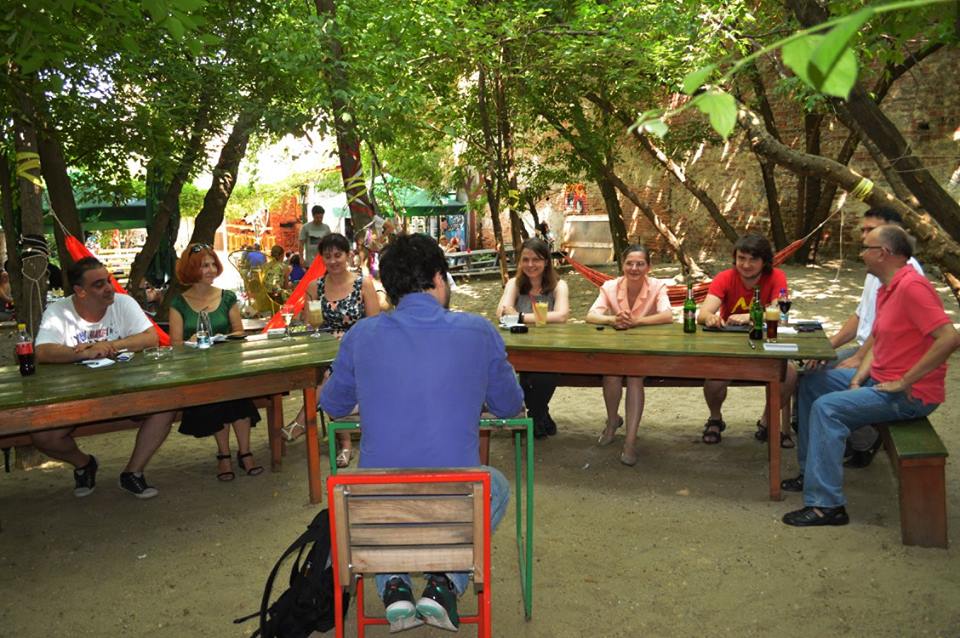 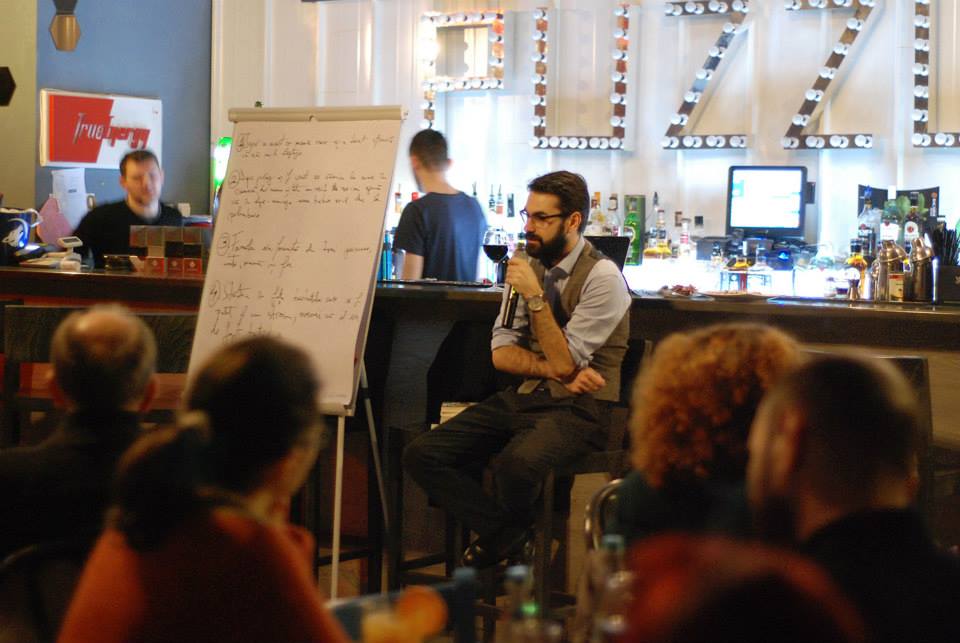 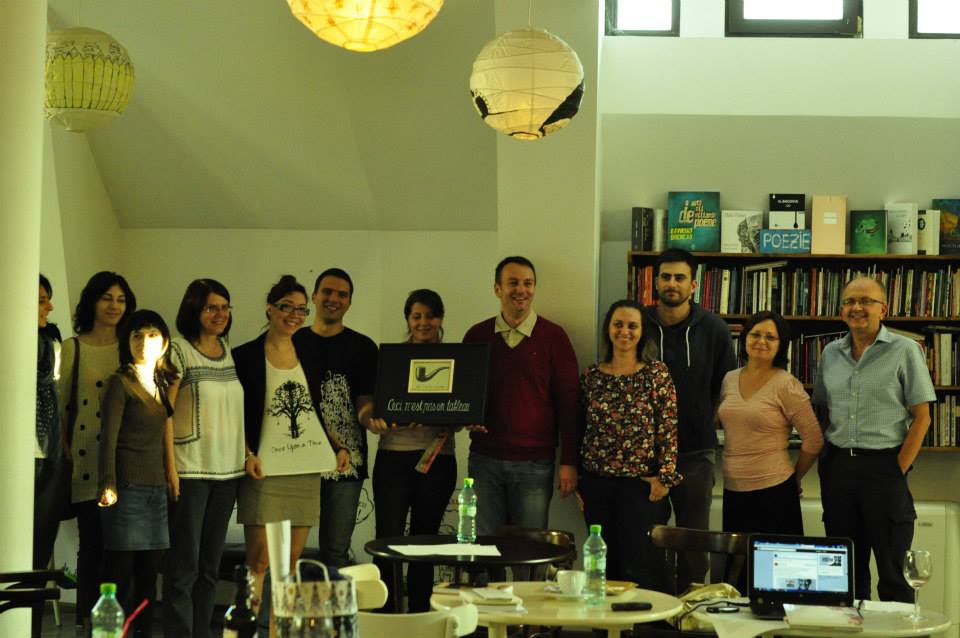 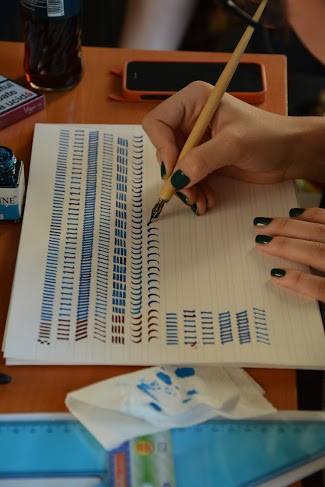 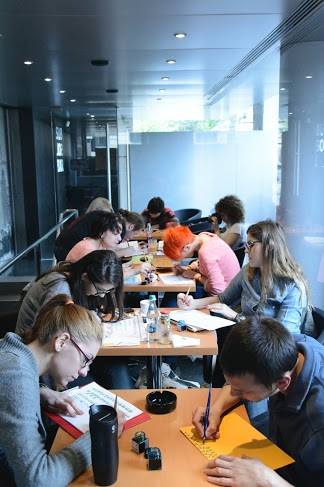 In January 2014, we started Academia Motanov, an academy of creative workshops for children in Bucharest, supervised by our imaginary visionary, Motanov Motanul Mov. It only has two workshops now, but we plan on expanding the portfolio and maybe find collaborators in other cities. The focus is on helping children explore their area of interest (different styles of writing, with different destinations, for example) and encouraging them to express their creativity. 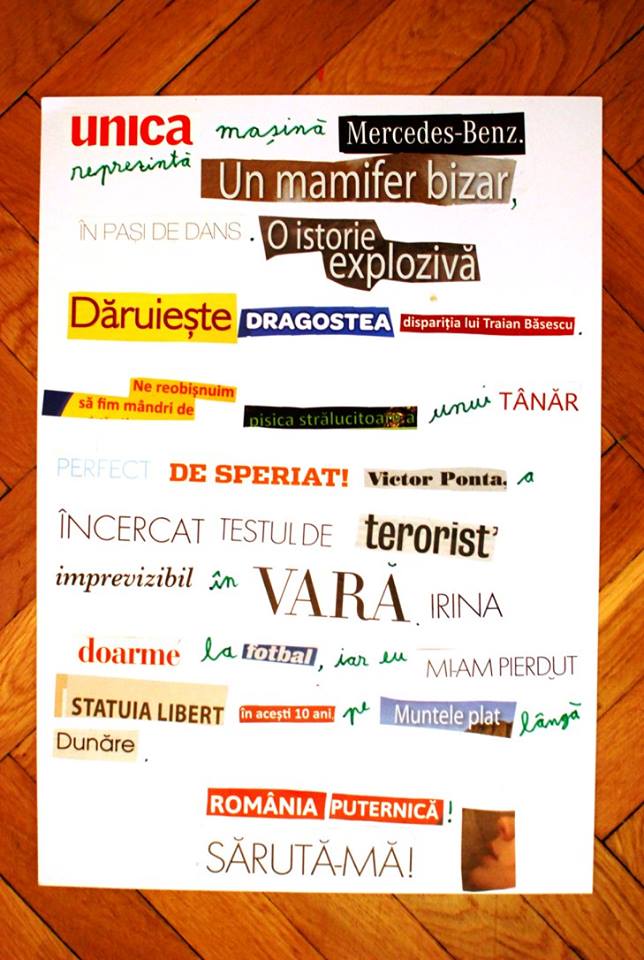 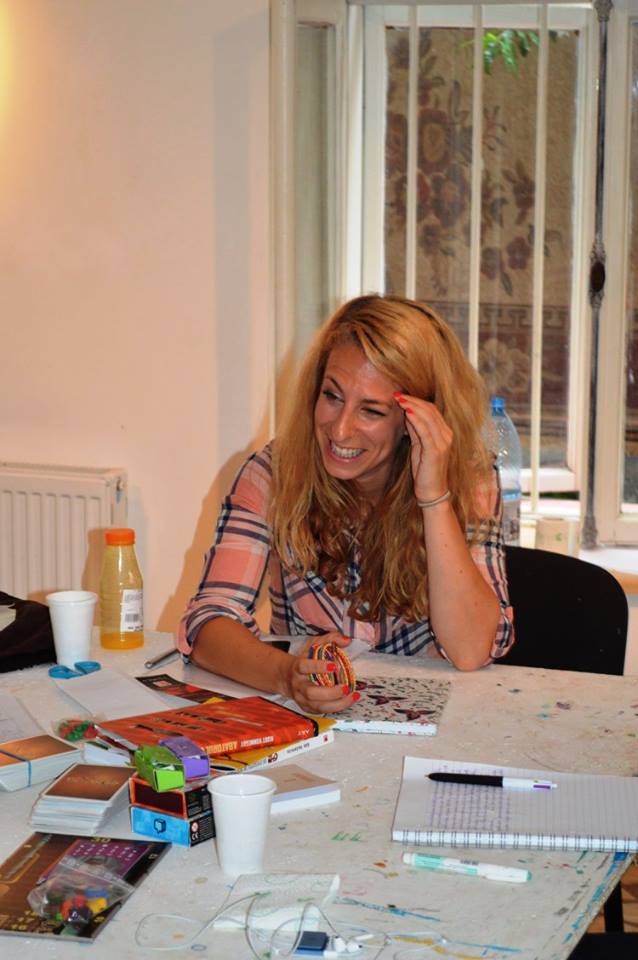 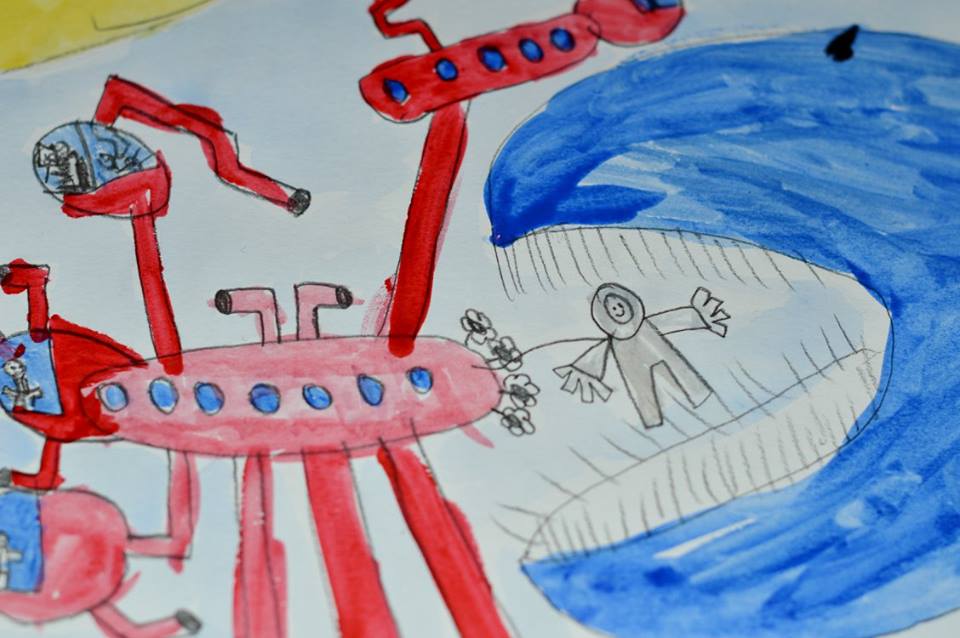 As you can see, it’s a challenge to put things in a linear story, because times were energetic and initiatives developed organically, which means based on what opportunities we saw then, capitalizing on what we had done so that it helped us in new projects.

Now, Revista de Povestiri will have a new start, as an online platform where we will publish the best stories written at our workshops and selected by the trainers and the best stories selected following a short stories contest every 4 months, so everyone gets a chance to be published. We will also keep publishing interviews with writers and we would also like to have reviews of Romanian books and reviews of short stories books.

Revista de Povestiri, Motanov and their respective educational projects, Club Revdepov and Academia Motanov, are set to gather support and accomplish their goals despite all evil forces that may cross their way, because this creative movement that Brain Fitness is enabling is quite a powerful storm. Or brainstorm. Thunderbolts and lightning, very very frightening.